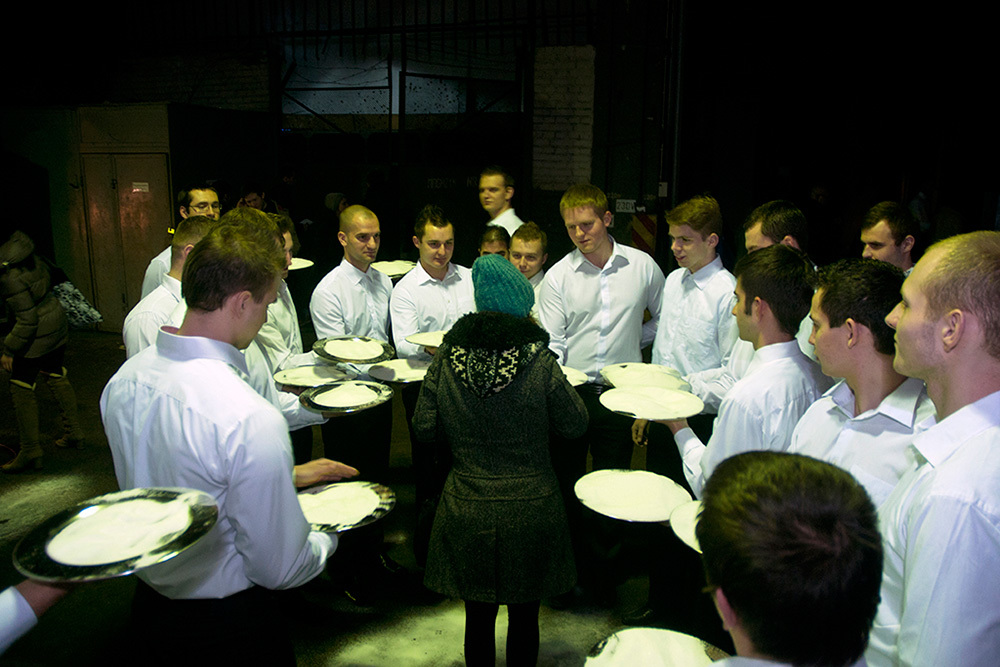 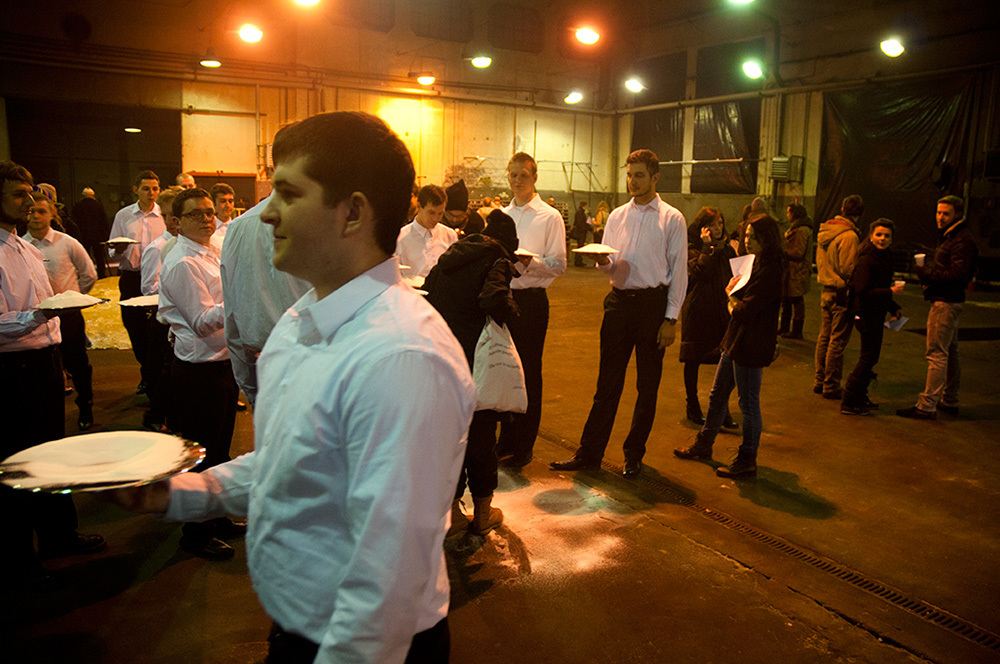 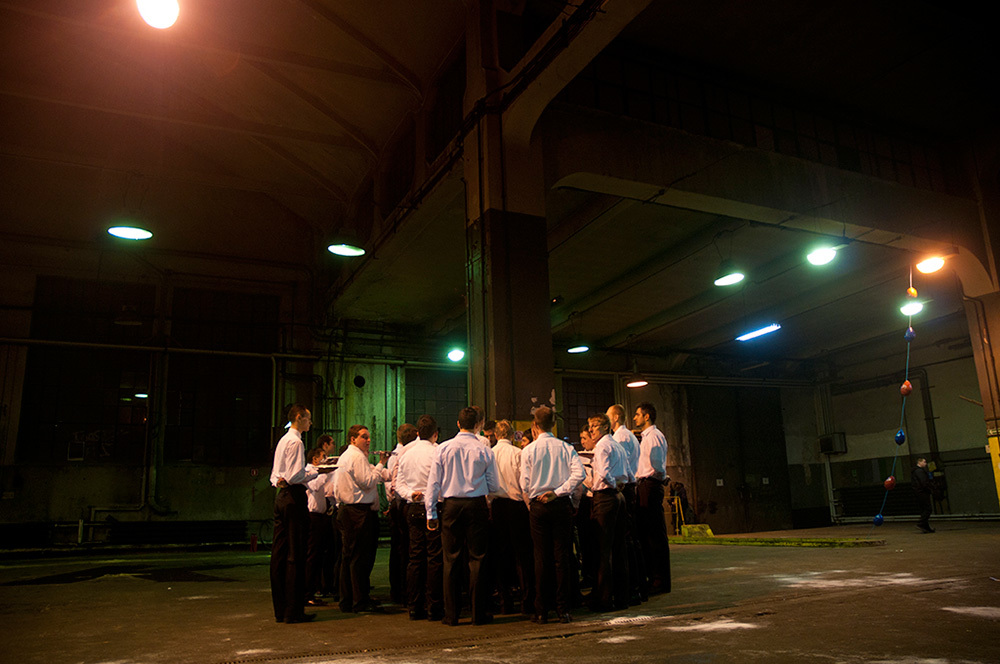 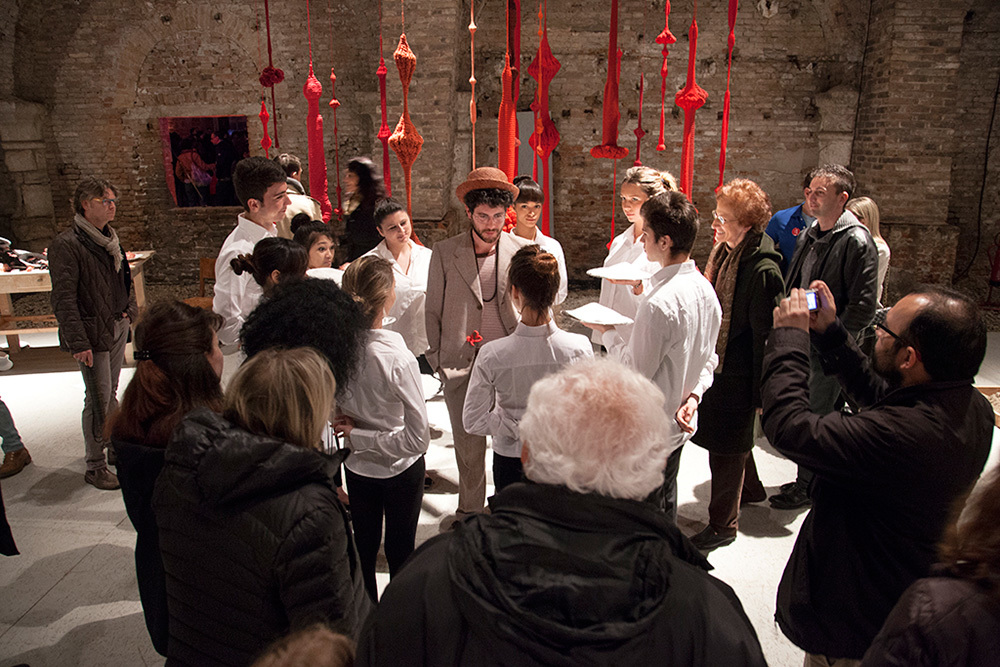 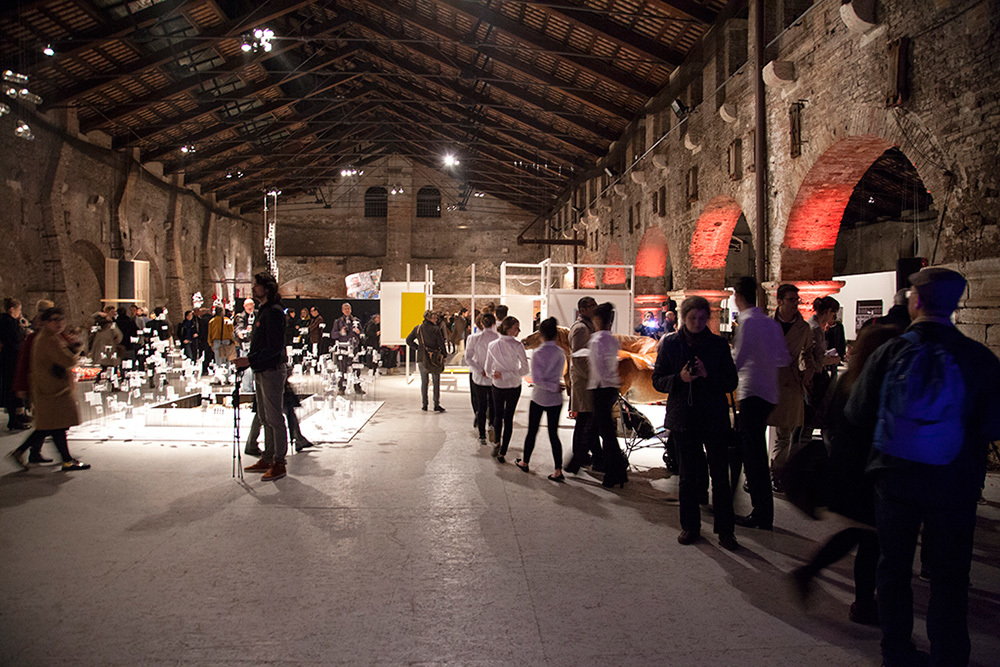 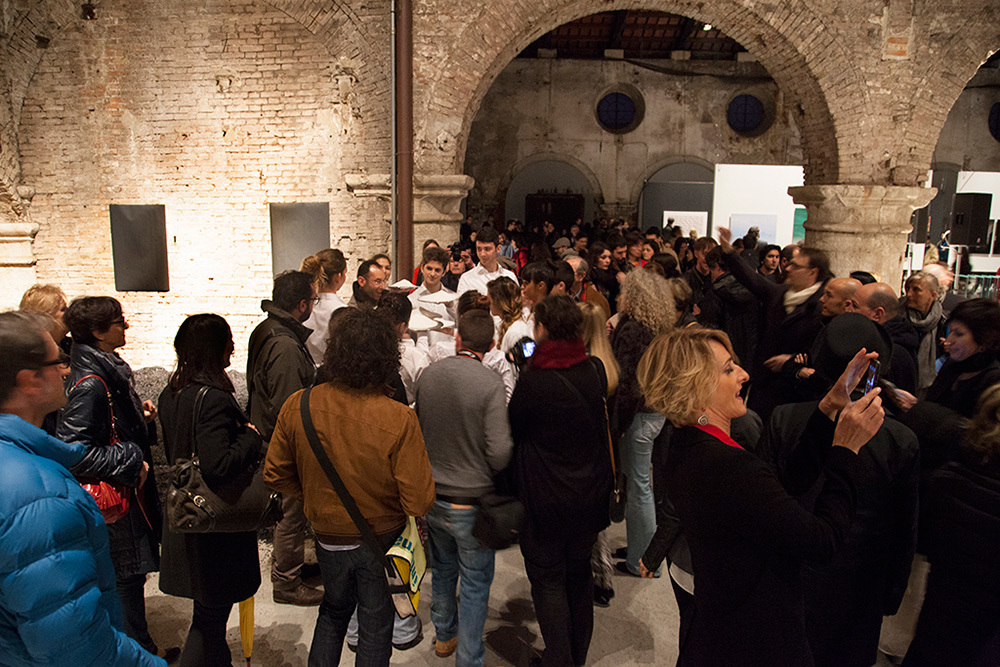 As part of a private opening of ‘Cohesion’ exhibition at Teatr Nowy in Warsaw, I assigned 36 waiters the task of serving sugar to guests. Each waiter carried a 1kg tray of granulated sugar working in organized group. Combining a personal family history with performance structure, the project was designed to raise a question of systemic oppression, social vulnerability and victimization.

The starting point for this work was a history of my great grandparents and their relocation during war from East of Poland to work at the camp in Saxony (Bernsbach near Chemnitz). After the WW2 they planned to return to Poland. As a consequence of the political situation, they could not travel directly to Poland through the German border, hence why they travelled through Czechoslovakia. They lived there suffering from the food shortage that had gripped Europe at that time and soon discovered destroyed sugar factory located near the place they settled. The sugar had been caramelized and then re-solidified after the factory suffered bombardment during the war. My great grandfather went to the factory and dug out this sugar. It was the basis of their diet and sustenance for long months, causing additional devastation to my great-grandmother’s body. Effectively her weight reached as little as 36 kg. Upon return to Poland, her weight and figure changed drastically. She maintained her slim legs, but stomach was morbidly obese and she suffered from diabetes until the end of her life.

I hired 36 men to hold my great-grandmother’s exhausted and defragmented body. The personal experience of the war oppression and trauma has been framed in the form of delegated performance. This personal experience has been translated into a broader, cultural one and communicated with artistic gesture.