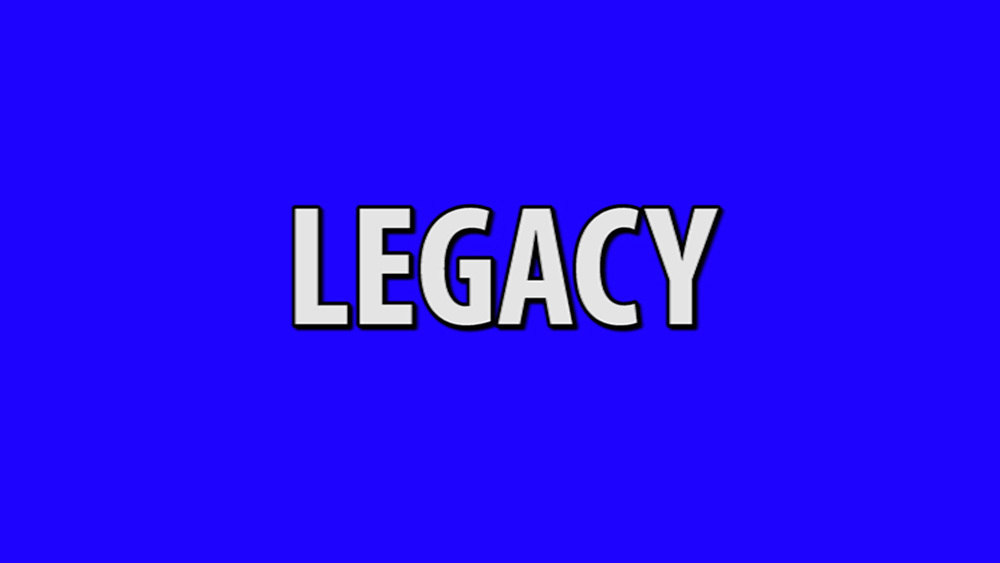 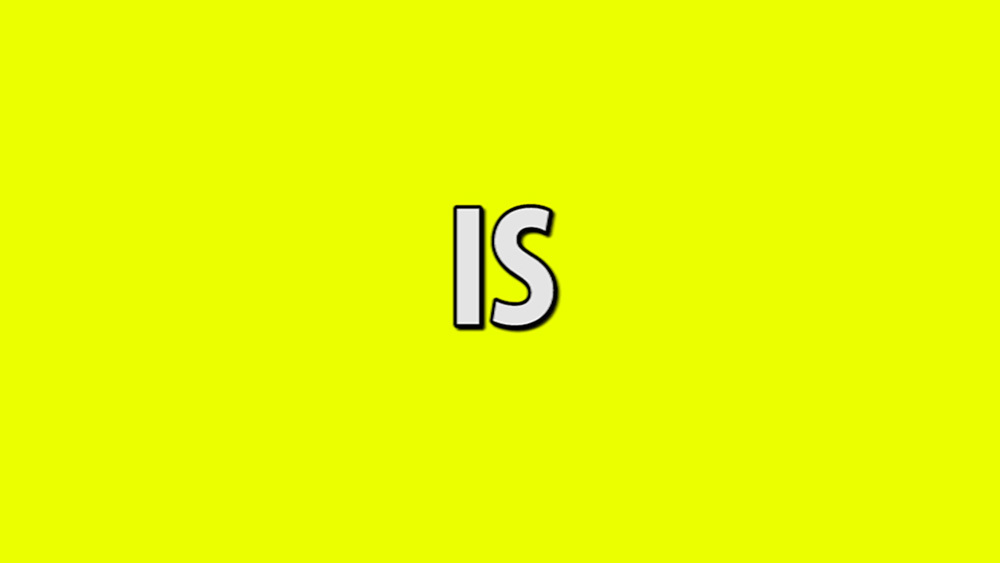 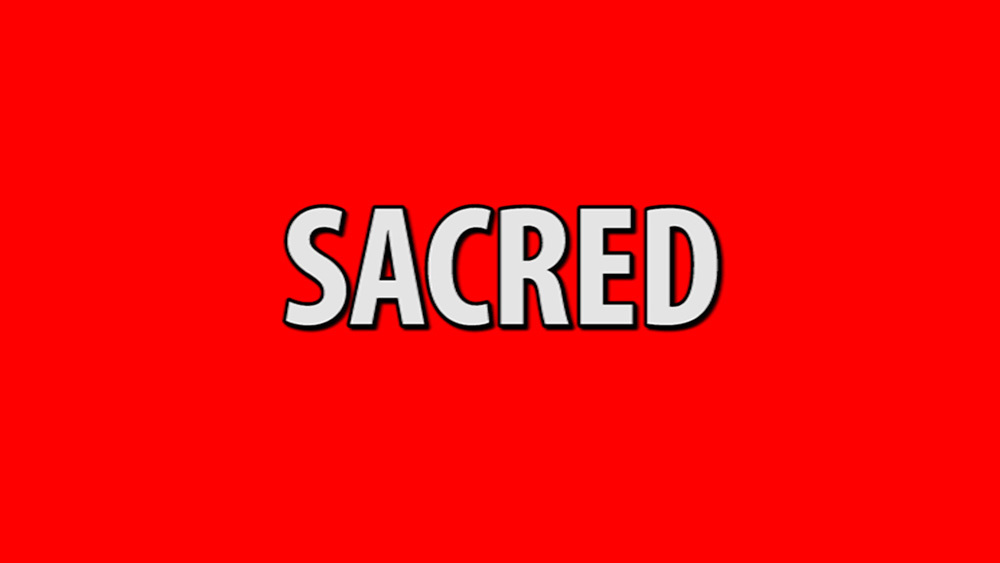 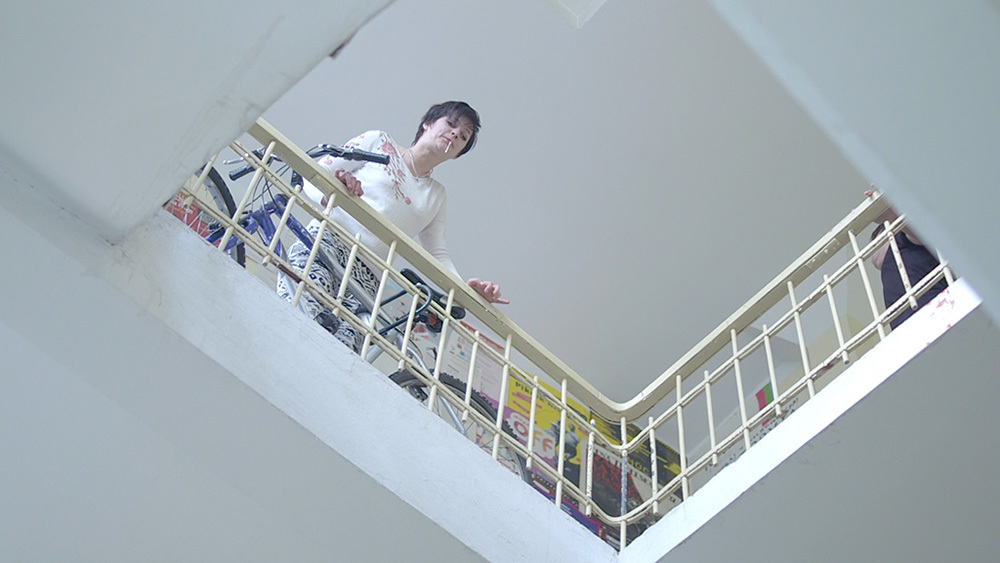 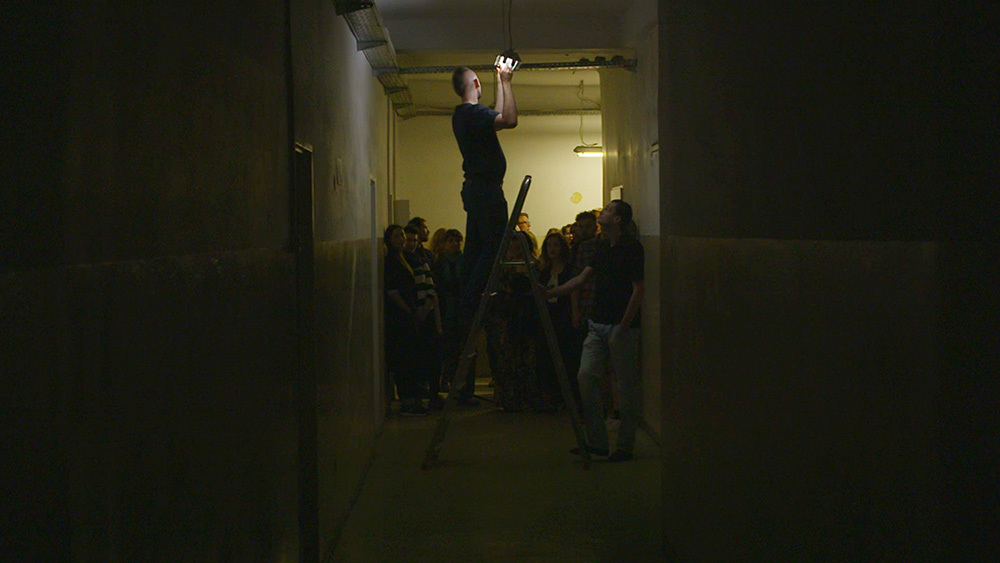 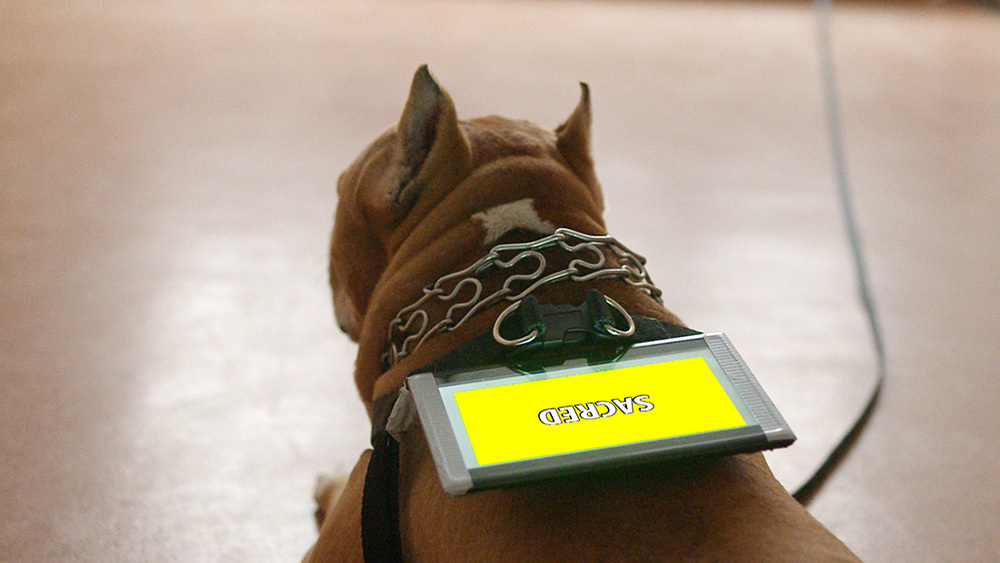 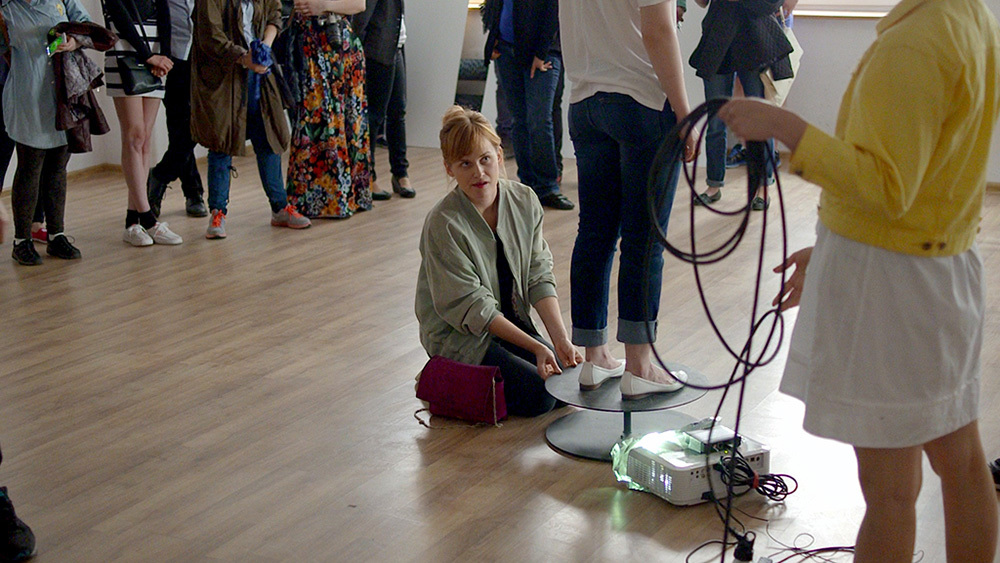 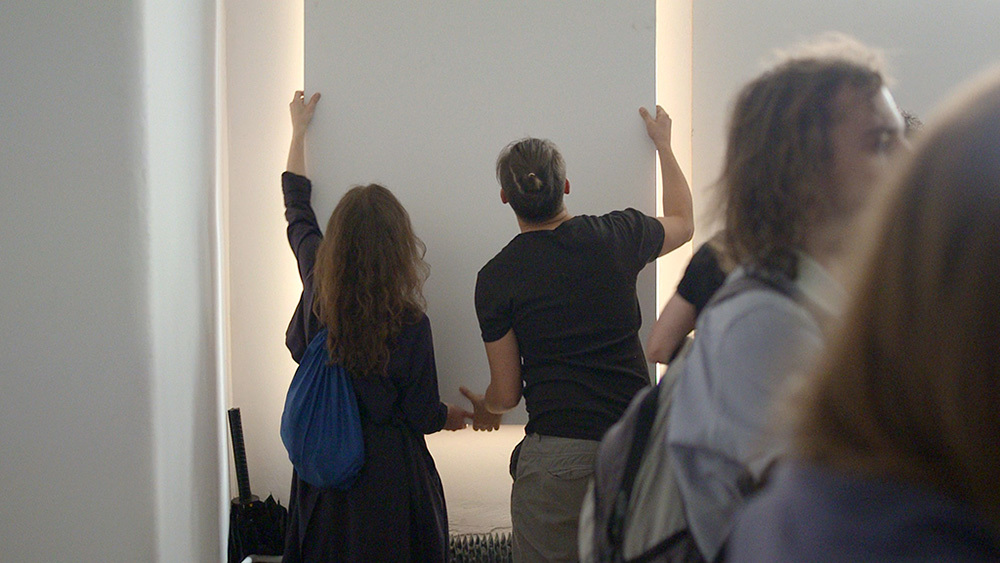 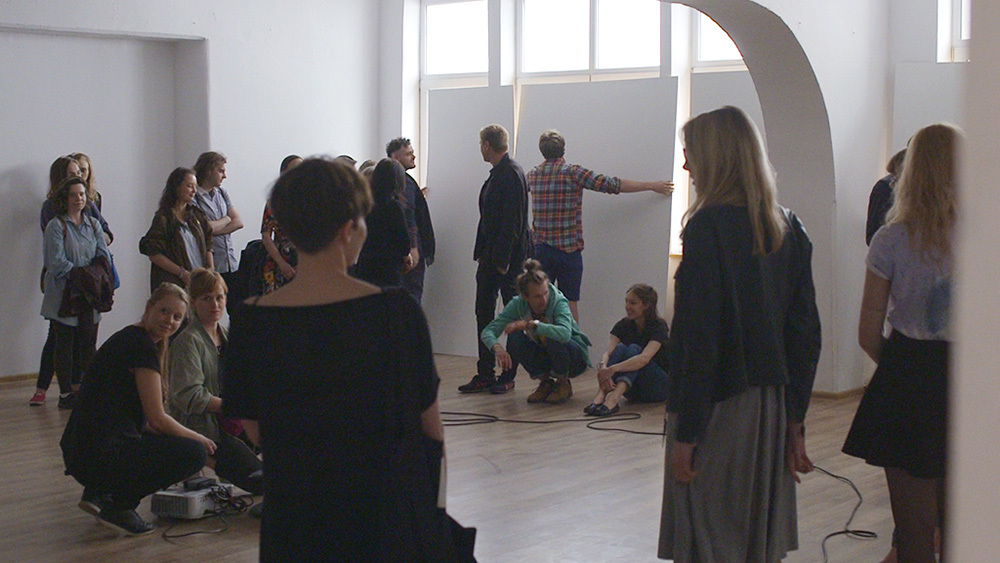 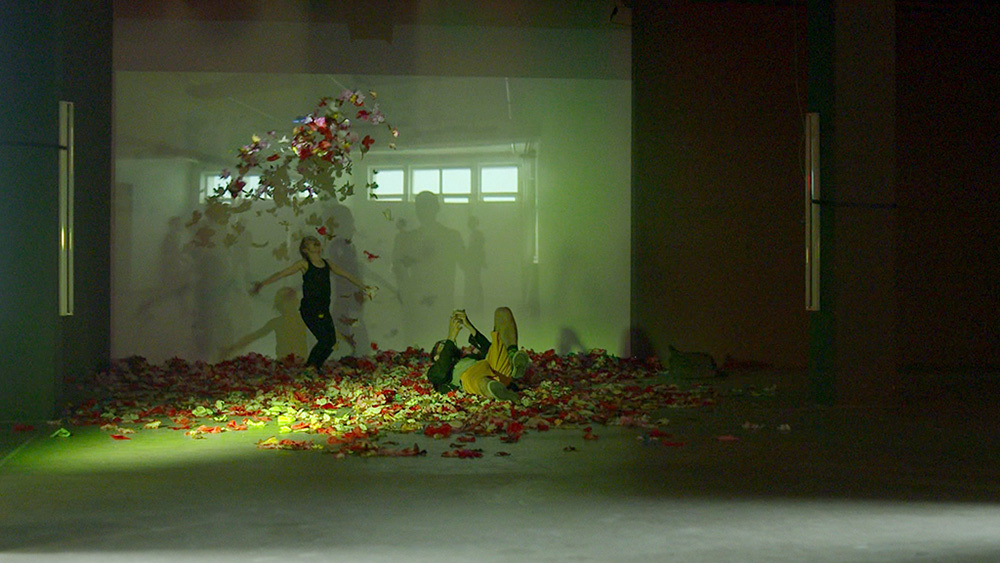 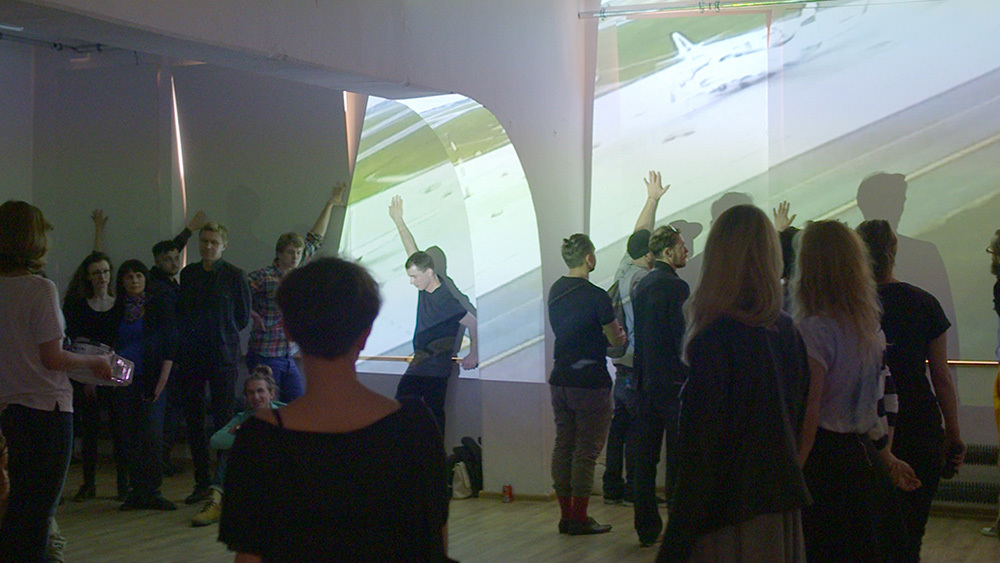 The visual show is an idea of conscious balancing between visual arts and theatre. It was composed by Magdalena Angulska, Mateusz Choróbski, Norbert Delman, Anna Jochymek and Tymon Nogalski.

Performative route involves all visitors in a process simulating the structure of jitters. By creating certain points and stops the viewer is going deeper into the fluent narration.

The spaces of Komuna Warszawa don’t have a unequivocal meaning and are formally related to theatre only through the context of the building, which allows for rising independent structures and fragments. It makes them ambiguous, just as the nature of the feeling / phenomenon of jitters. 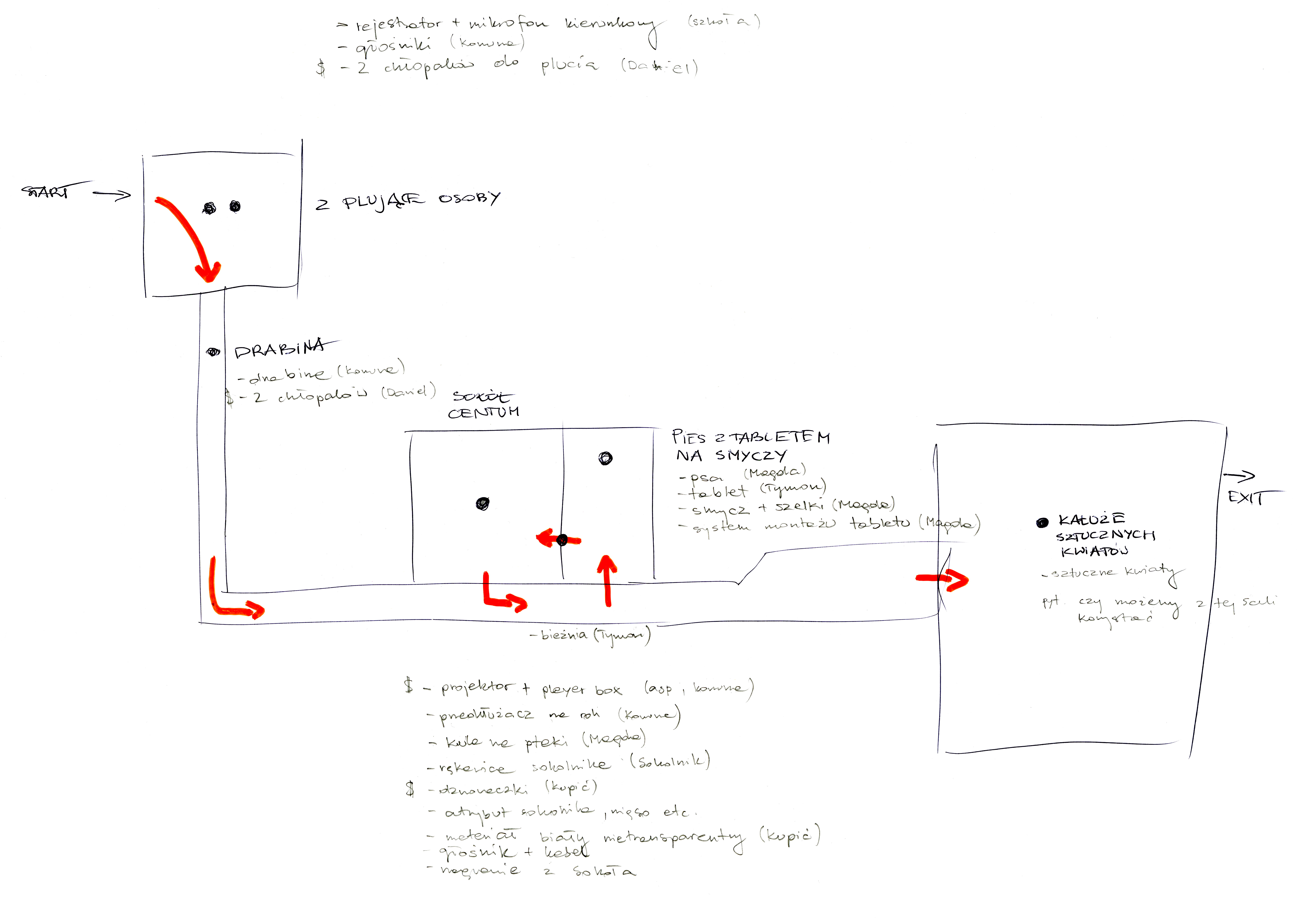