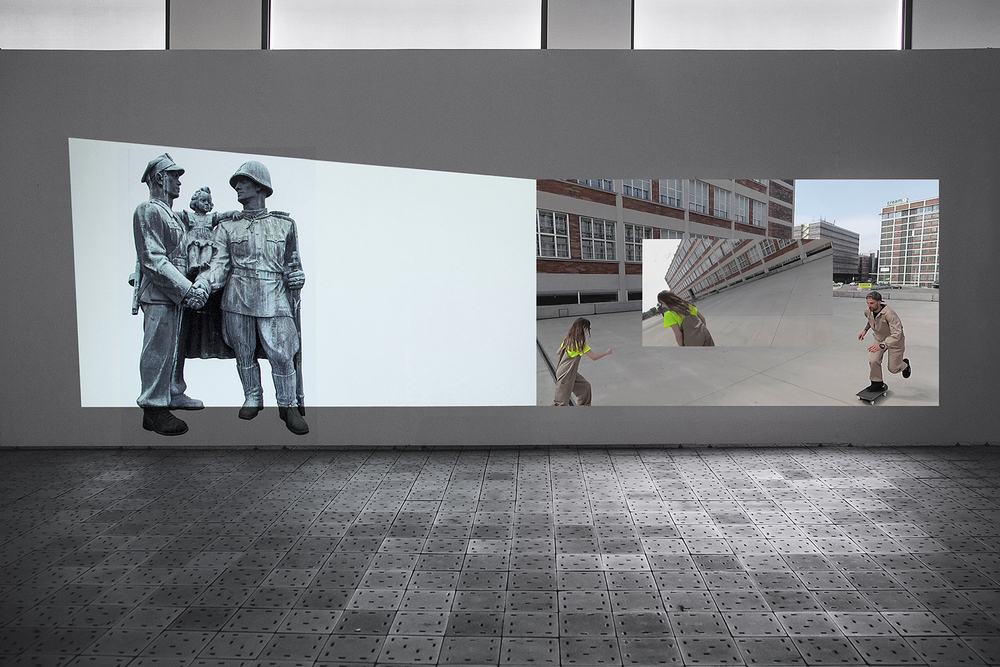 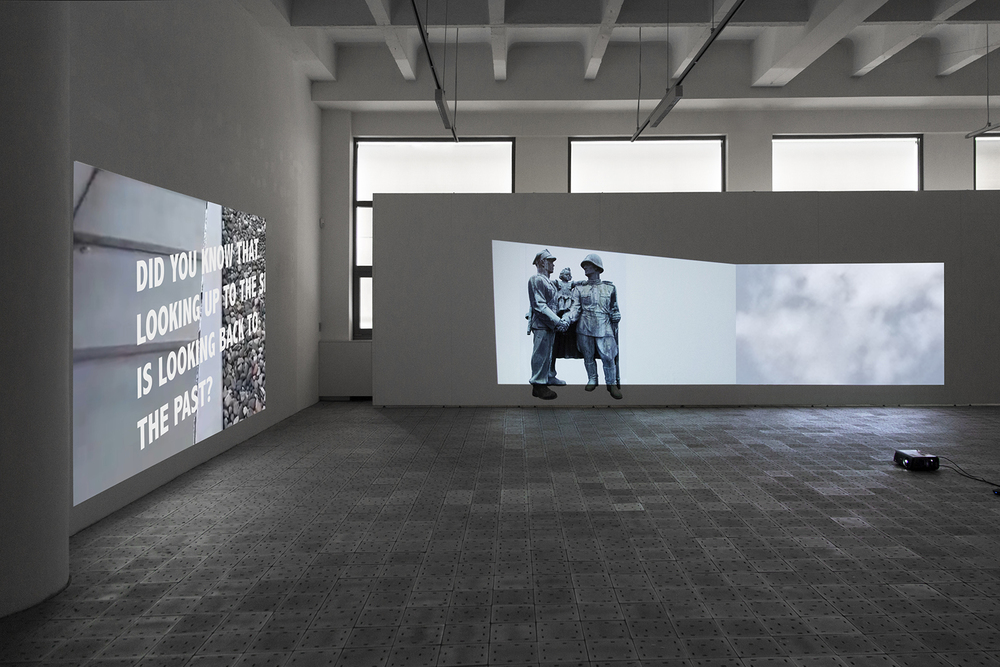 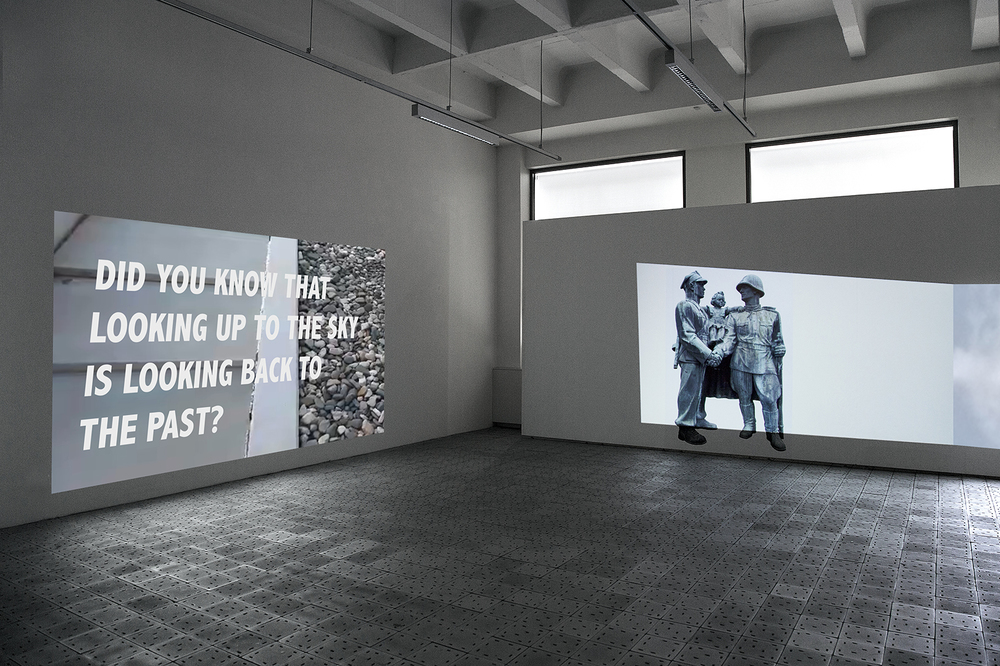 2019
A project in collaboration with Karolina Kubik.
A part of 'Alternatives of destruction' exhibition curated by Richard Gregor.

This project refers to the epic poem Sir Thaddeus (Polish title Pan Tadeusz), an iconic example of Polish Romanticism in literature written by Adam Mickiewicz and published in 1836.

Tadeusze is a multi-channel video installation, which presents the alternate history fiction of the solid monument of two soldiers holding a girl called the ‘Monument of Gratitude for the Soviet Army’. This was erected in the city centre of Legnica, small Polish city in 1951.

Since then, it has become a controversial element of the local landscape. At one time, people referred to it as the ‘Two Ivans’ or the ‘Two Gays’. In 2018, new de-communization law required removal of the monument. We managed to discover that it was transported in parts to the Legnica’s cemetery.

Our project re-writes the scenario by presenting them as a family who are liberated from the stiff structures of the human mind by skateboarding. We decided to give them a freedom they never had.