A multi-channel video installation "Crowd Crystal" is a documentation of the performative action which I directed in London during 2017 - 2019 in the aftermath of the Brexit referendum vote. While personally experiencing the dynamic of the socio-cultural transformation, I looked at the mechanisms of social exclusion and contemplated the role of migrants in the current reality.

Referencing video game aesthetics, the viewer follows a young female protagonist dressed in the uniform of the Polish Army, inline skating along the first historical border of the city of London (Londinium) retraced as a result of juxtaposing a map of the ancient metropolis against its modern counterpart.

Expanding upon Elias Canetti's "crowd crystals" concept introduced in the book "Crowds and Power", the figure of a lonely inline skating soldier becomes the embodiment of the potential we all carry within ourselves to influence change. 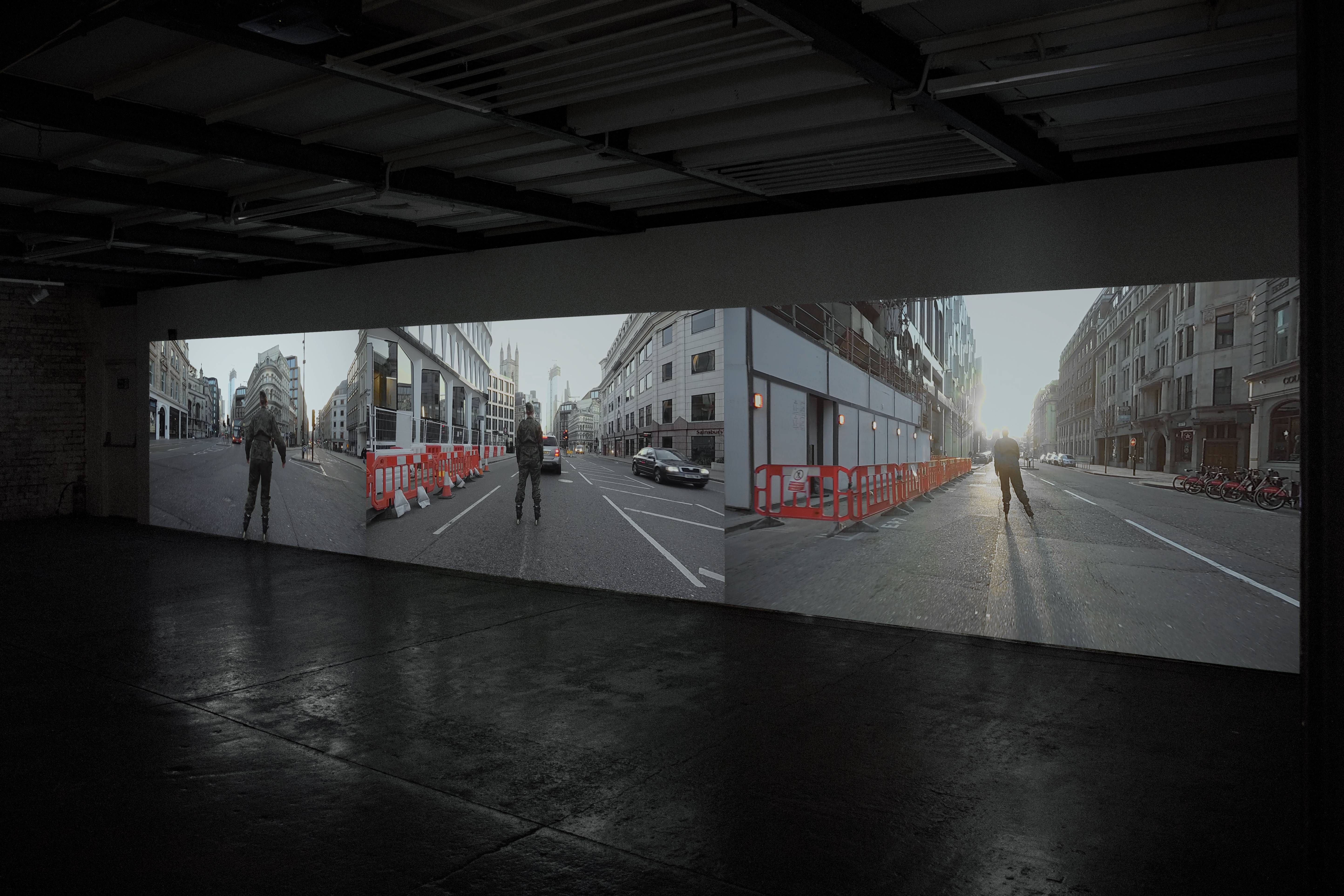 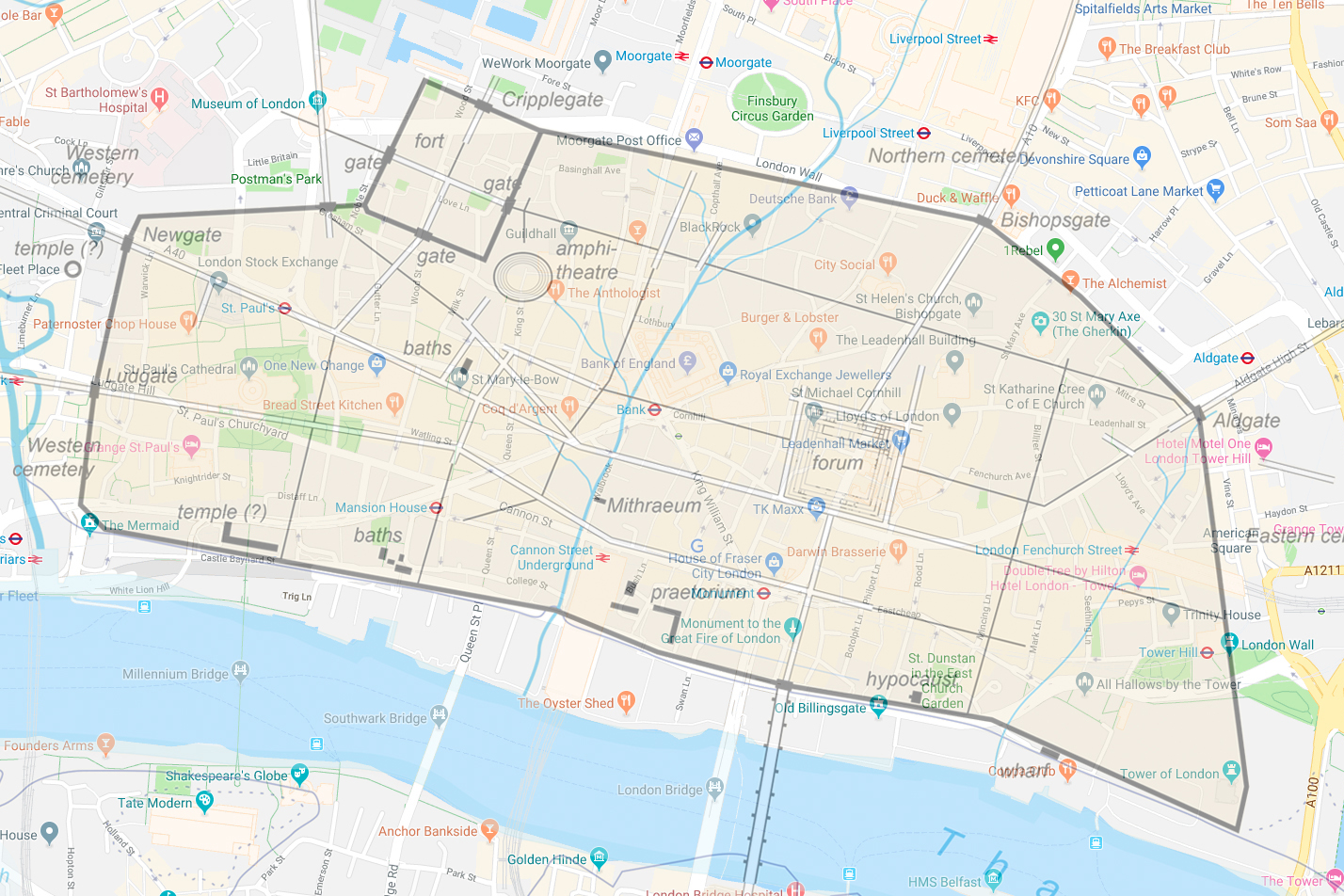 Google Maps view, London, United Kingdom, 2018.
I marked the original shape of the Roman Wall on a contemporary London’s map.