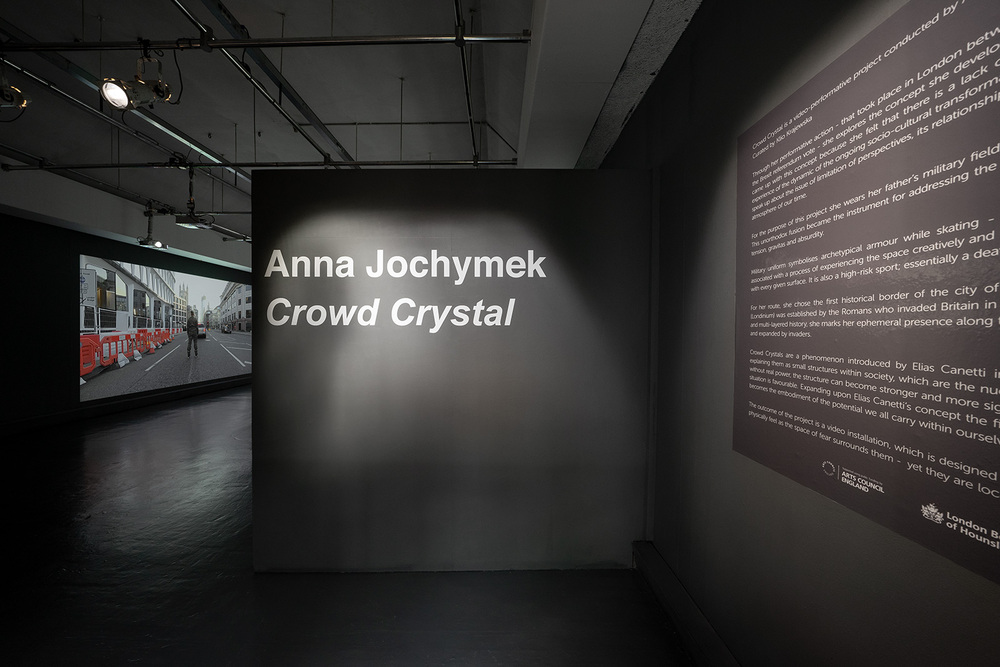 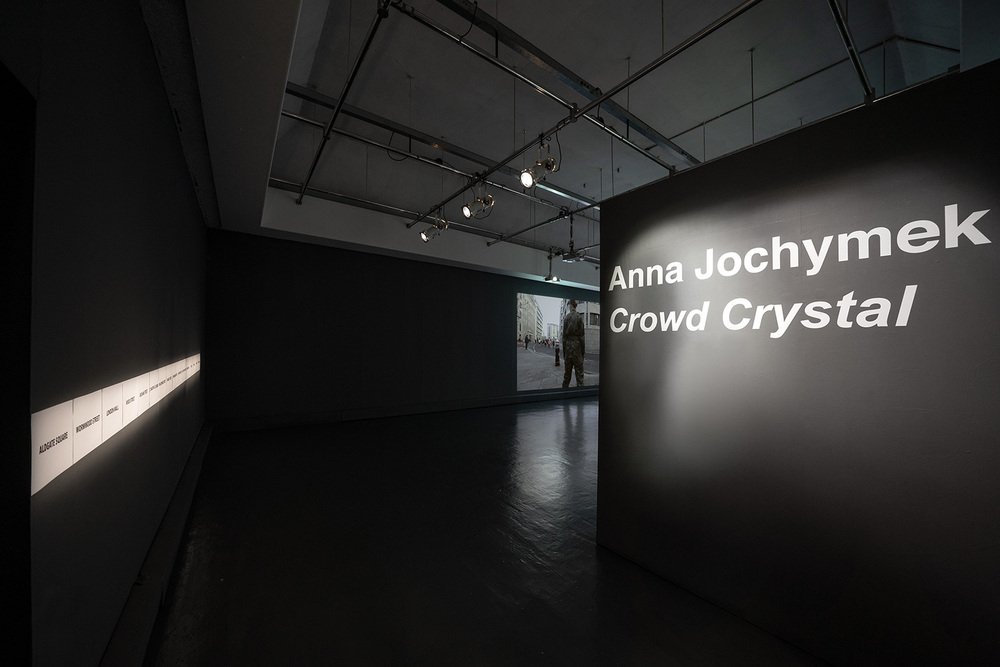 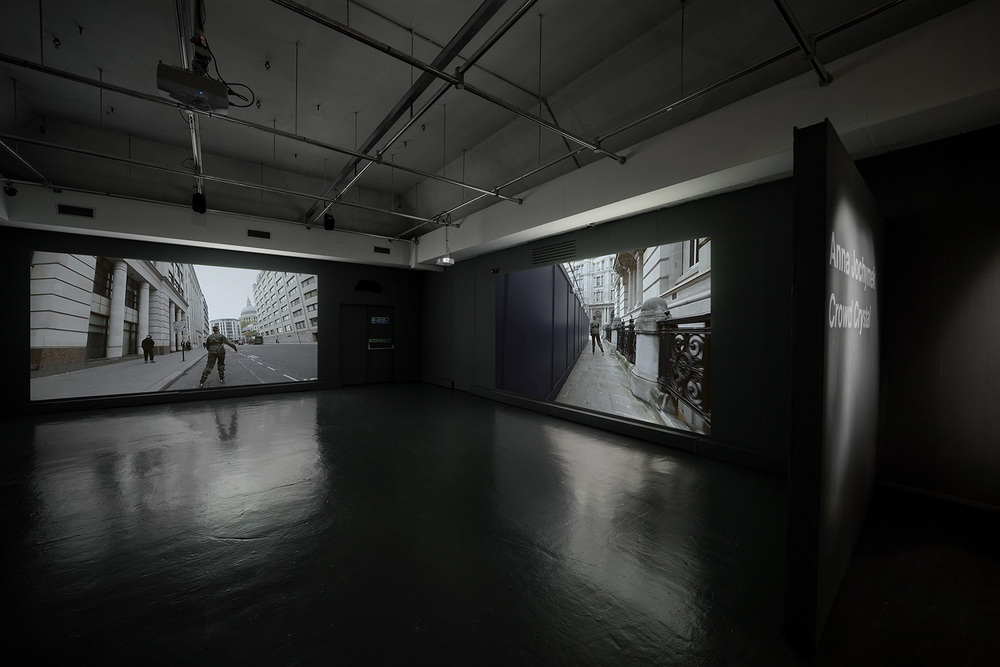 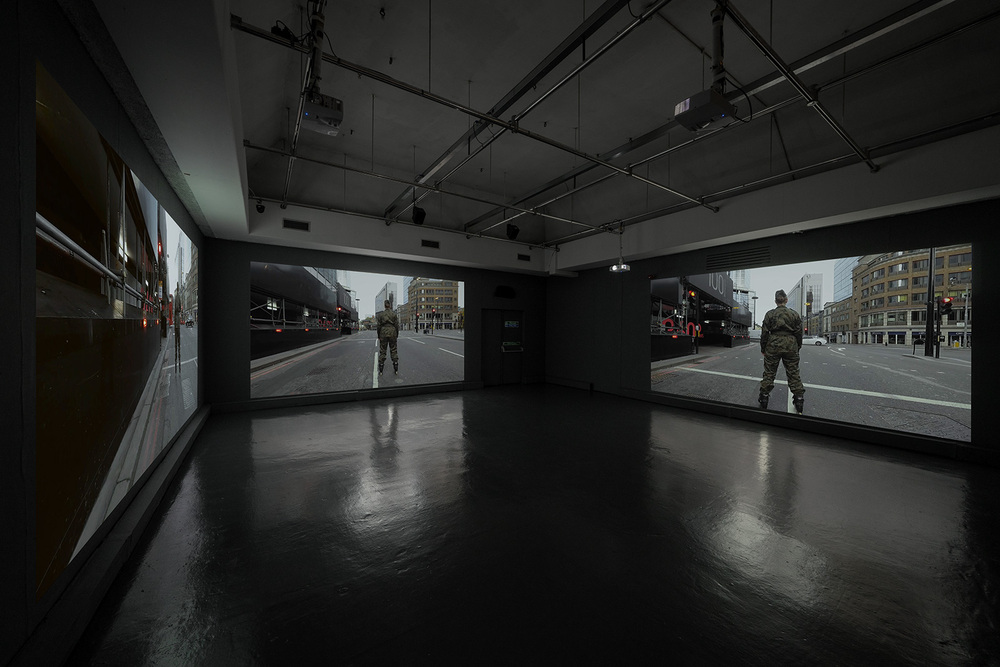 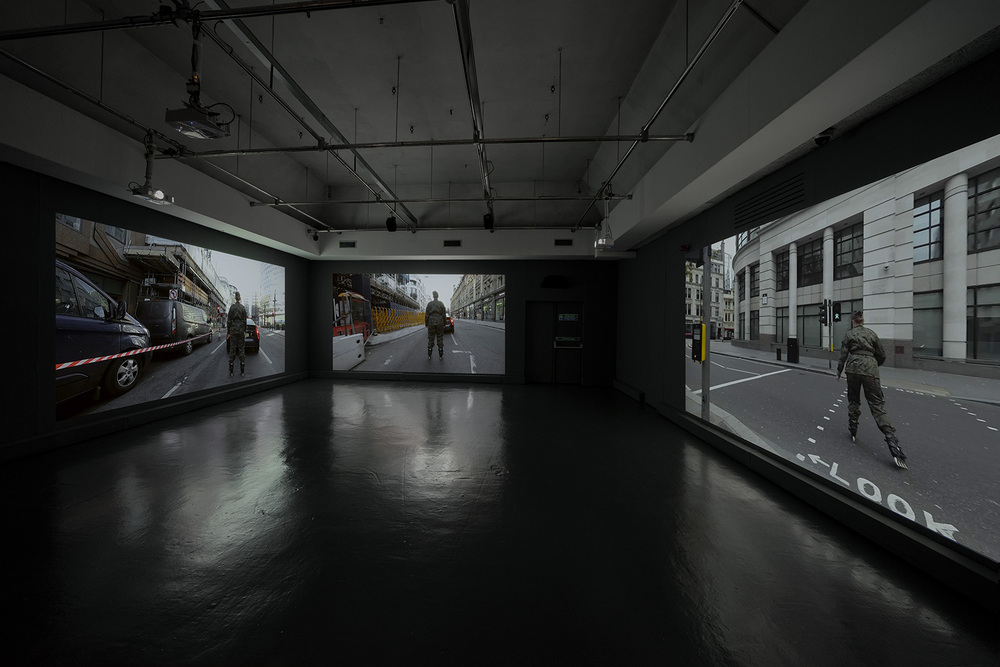 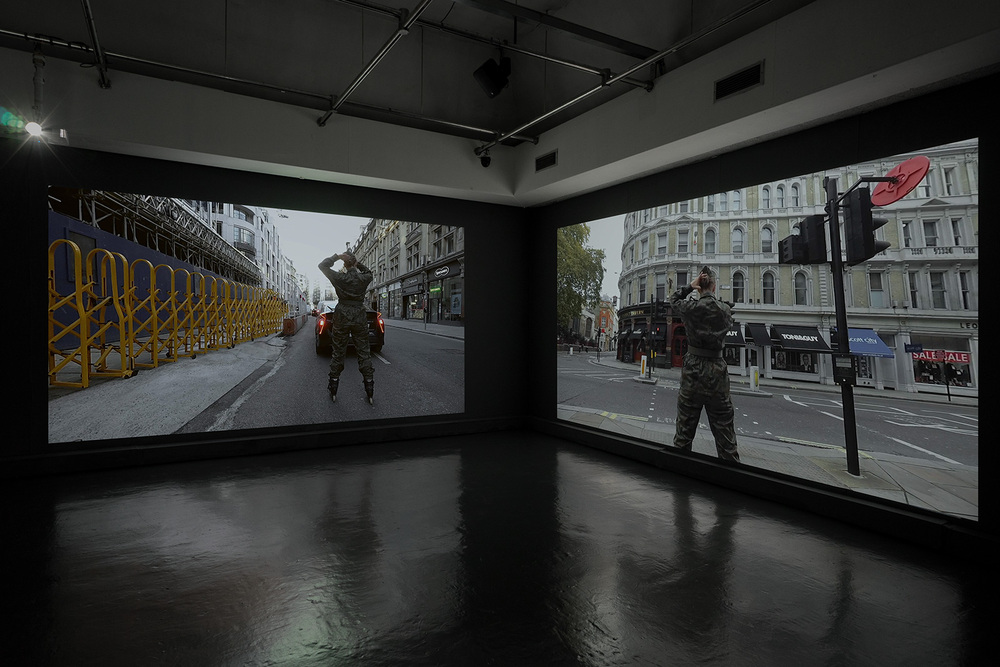 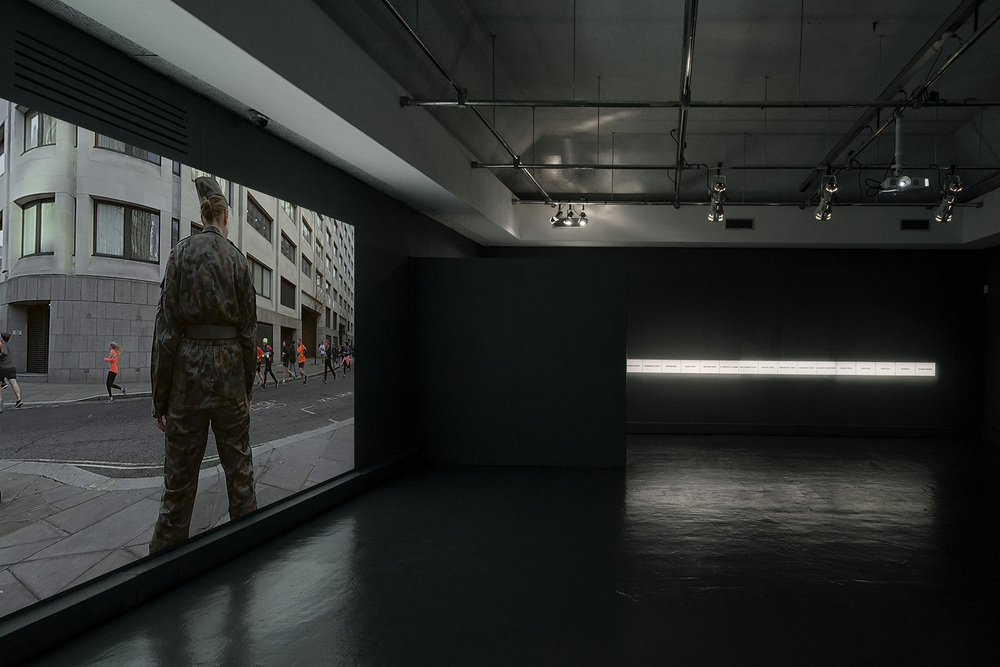 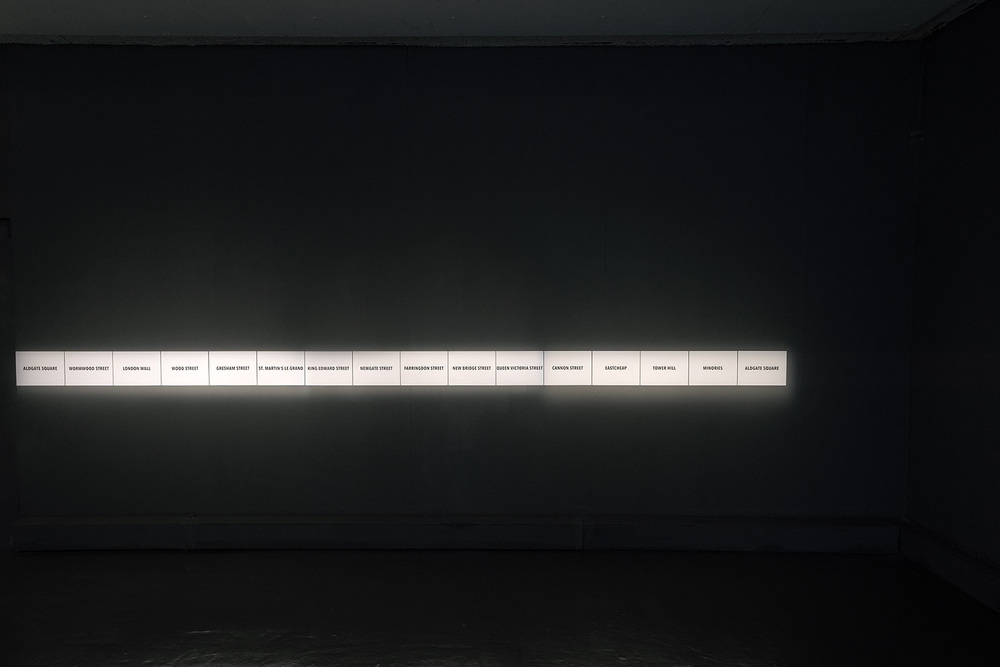 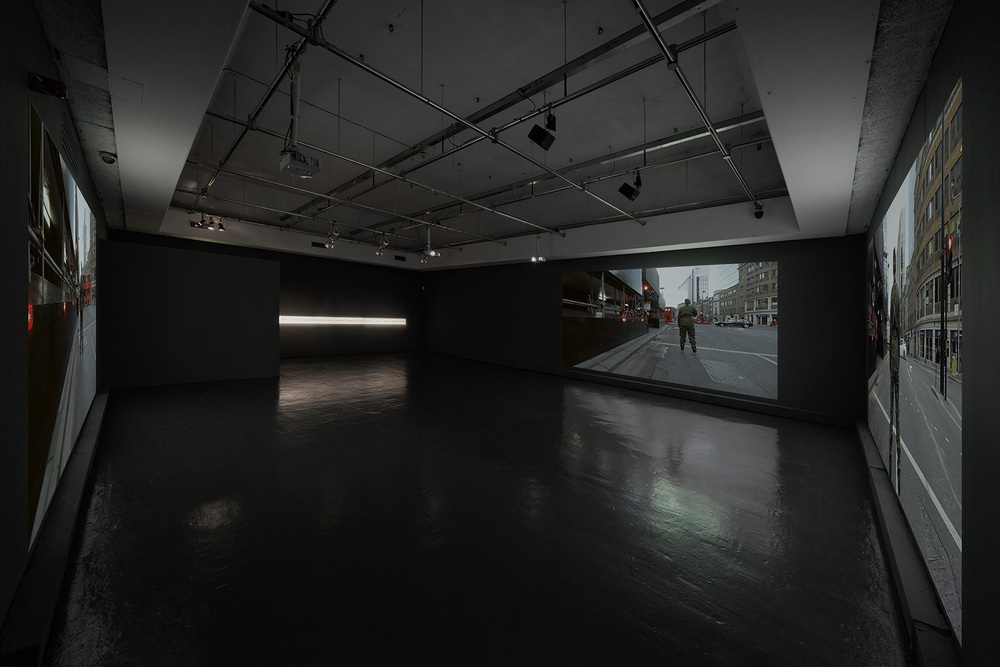 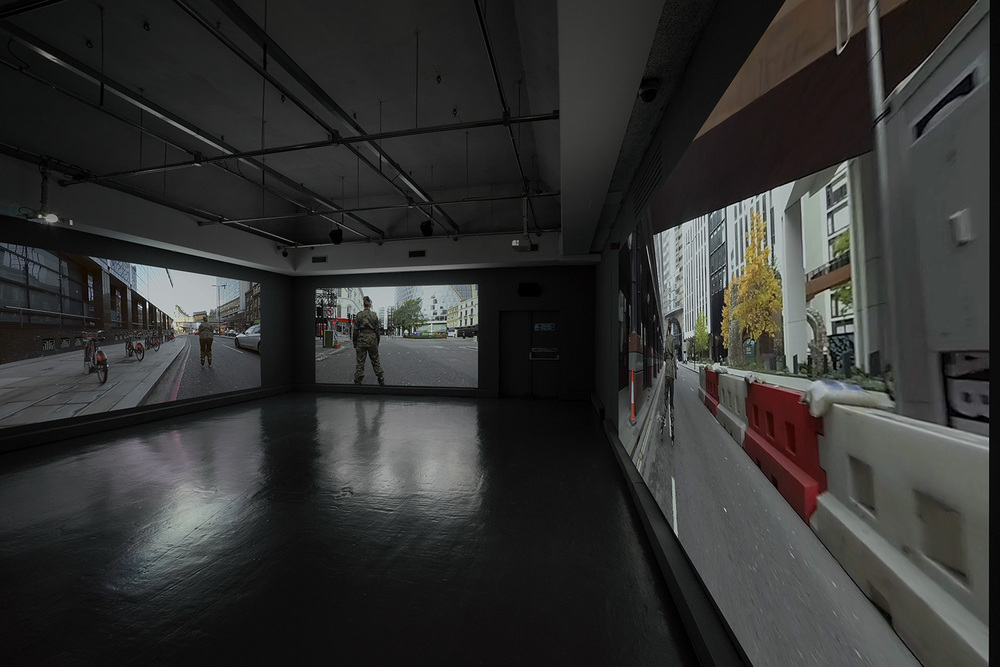 A multi-channel video installation Crowd Crystal is a documentation of the performative action I conducted in London during 2017 - 2019 in the aftermath of the Brexit referendum vote. While personally experiencing the dynamic of the socio-cultural transformation, I looked at the mechanisms of social exclusion and contemplated the role of migrants in that reality.

Referencing video game aesthetics, the viewer follows a young female protagonist dressed in the Polish Army uniform, inline skating along the first historical border of the city of London (Londinium) retraced as a result of juxtaposing a map of the ancient metropolis against its modern counterpart. For this project's purpose, I appropriated my father’s military field uniform, combined with inline skates. This unorthodox fusion became the instrument for addressing the social climate in Europe suffused with tension, gravitas and absurdity.

Expanding upon Elias Canetti’s ‘crowd crystals’ concept introduced in the book Crowds and Power, the figure of a lonely inline skating soldier becomes the embodiment of the potential we all carry within ourselves to influence change. 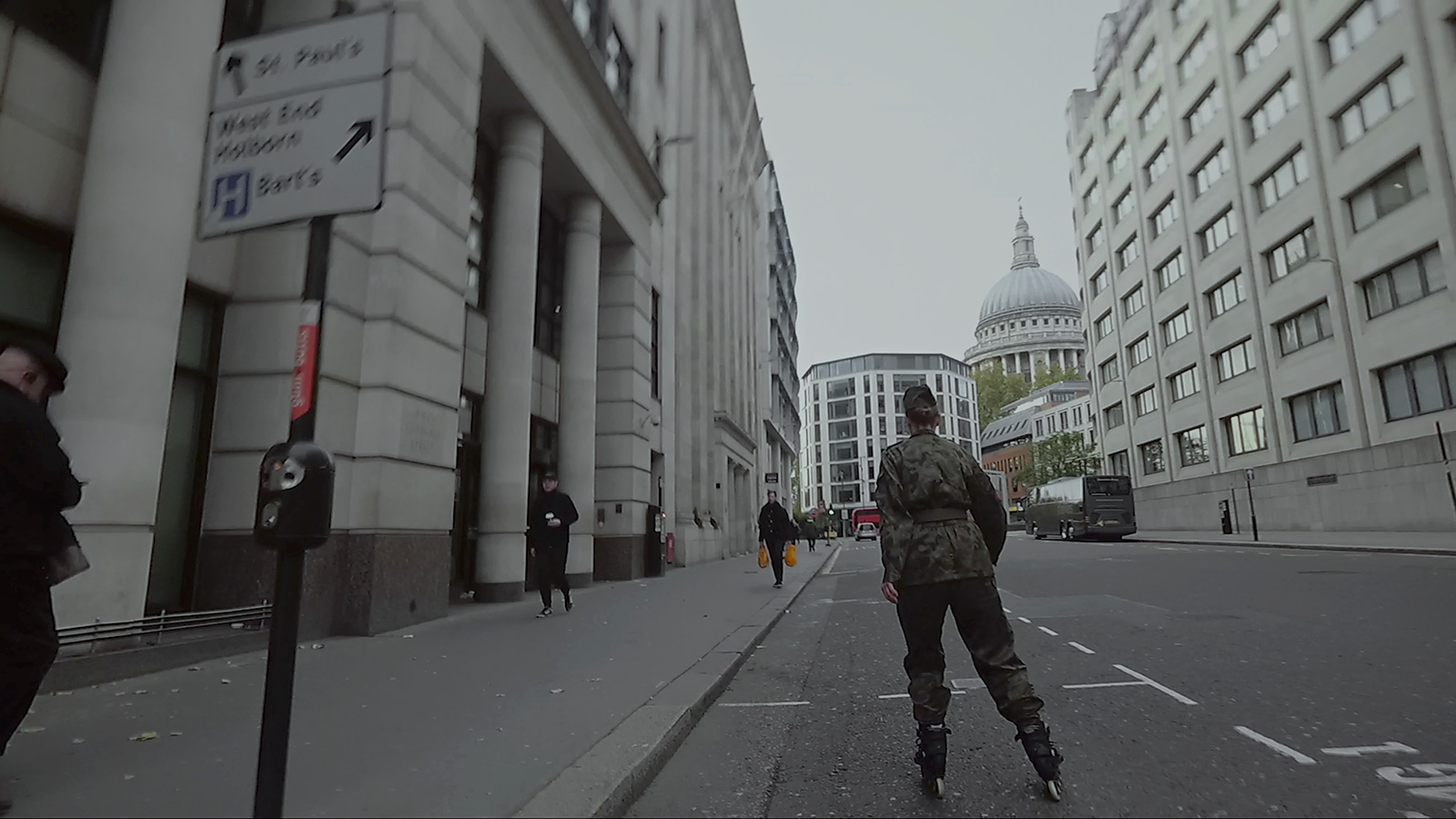