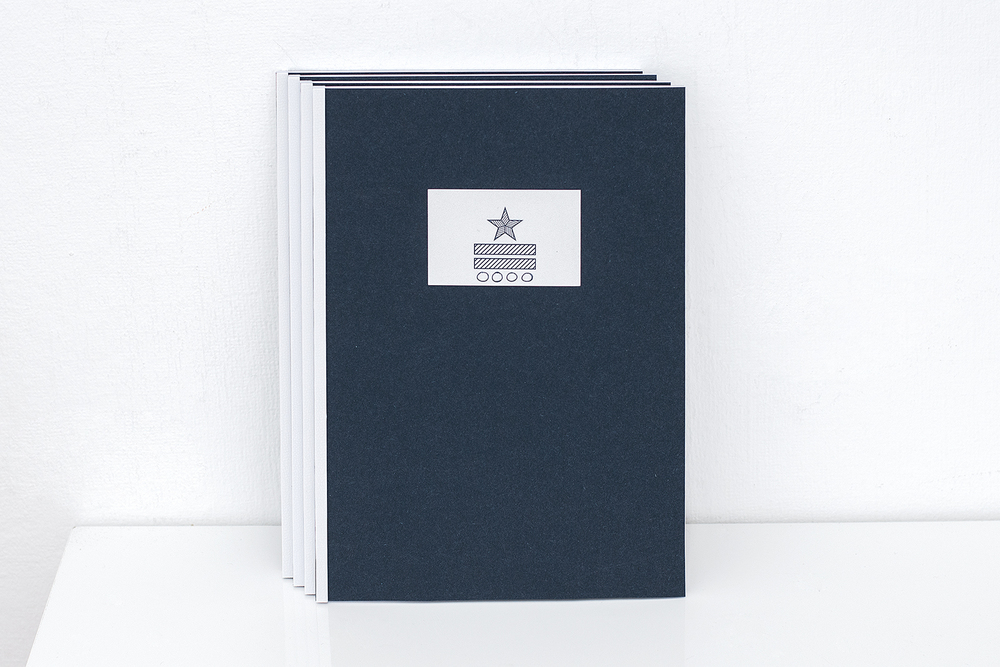 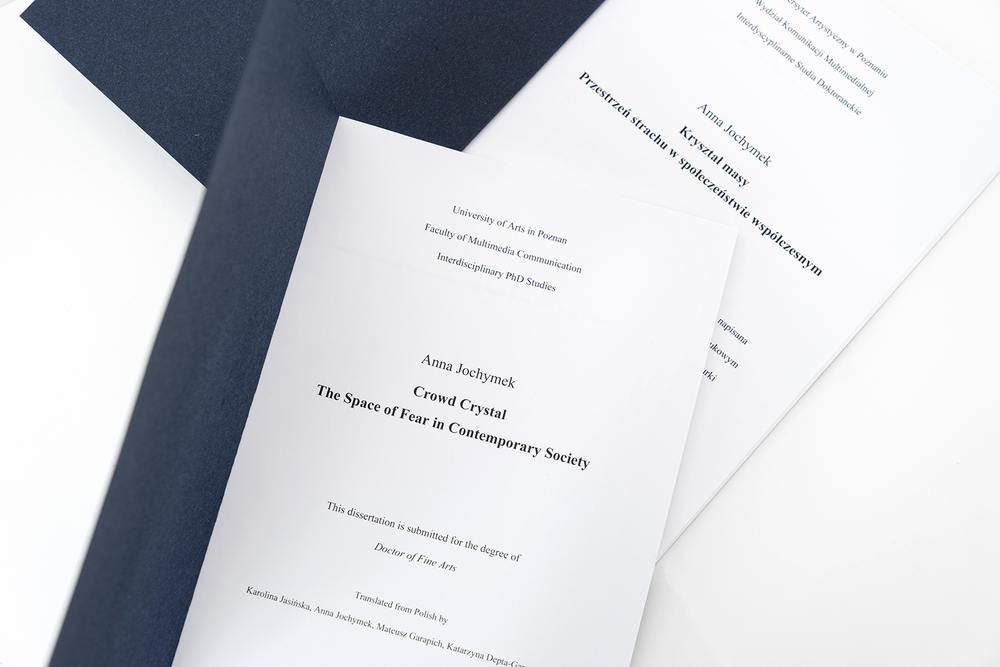 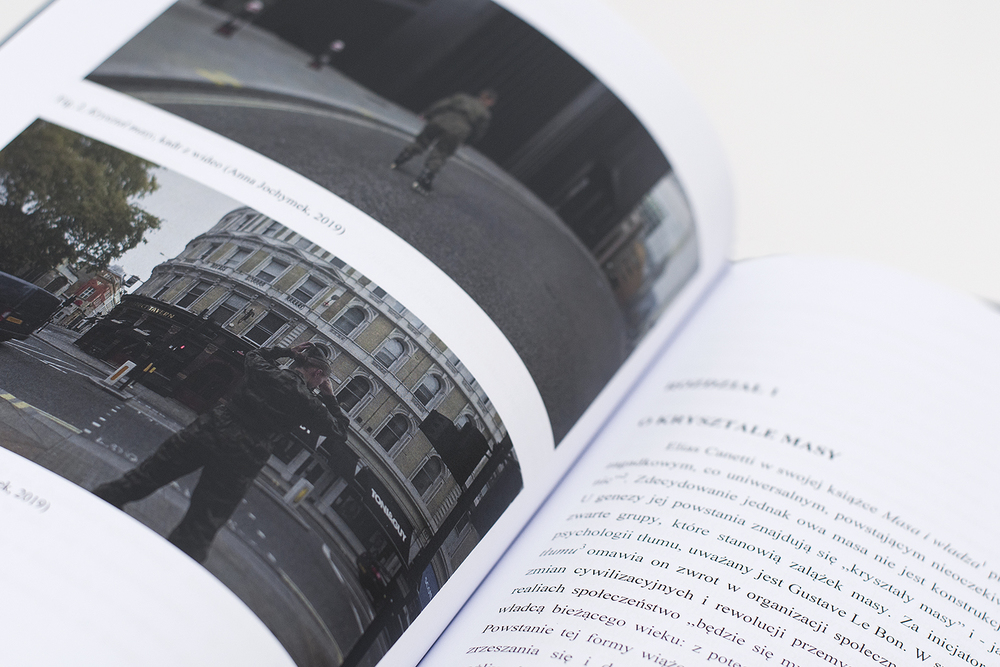 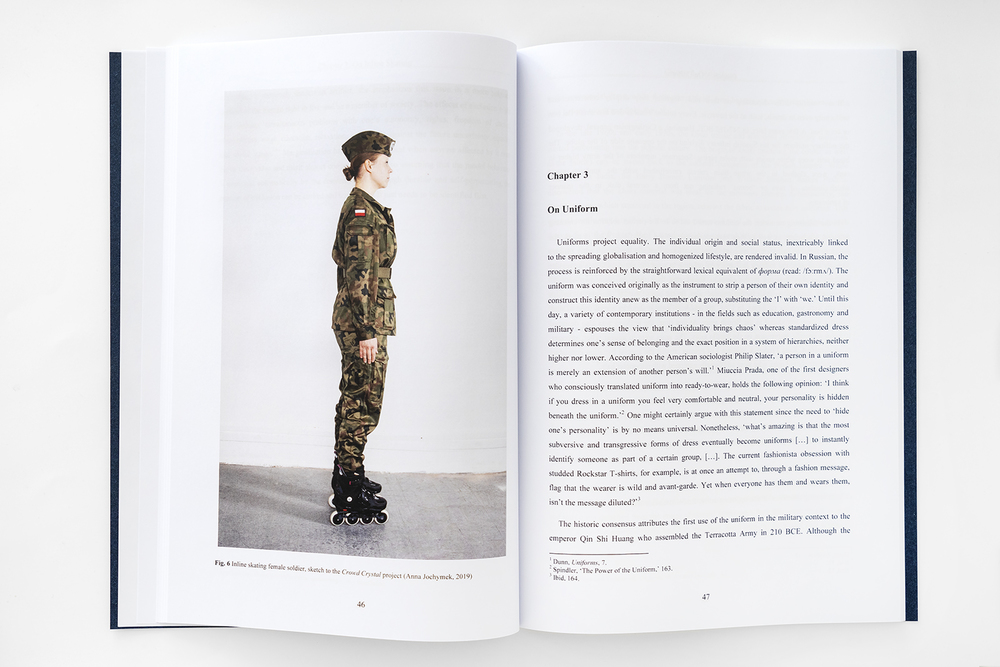 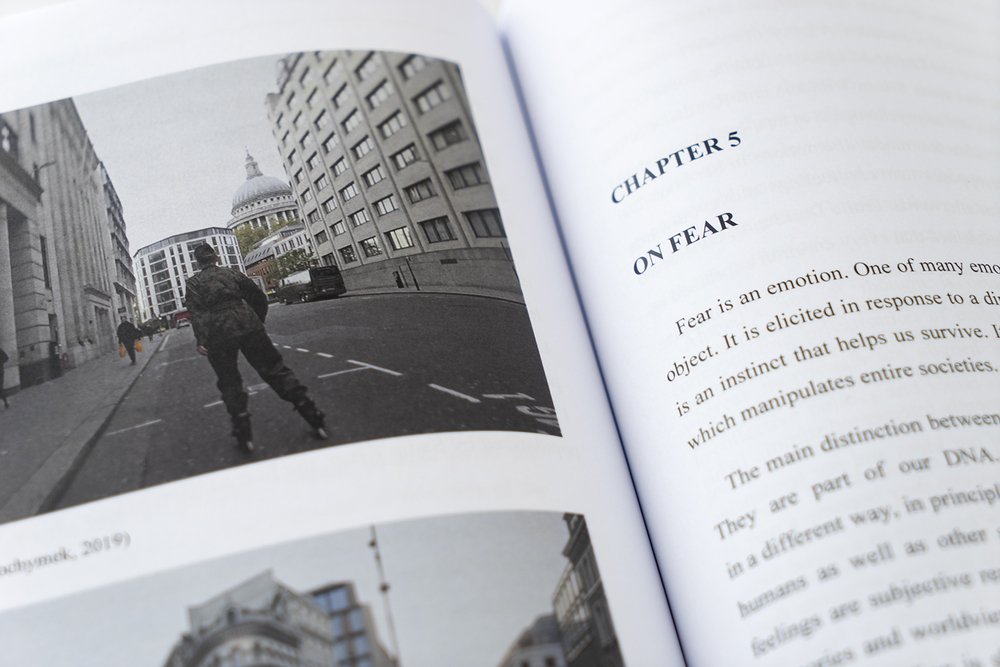 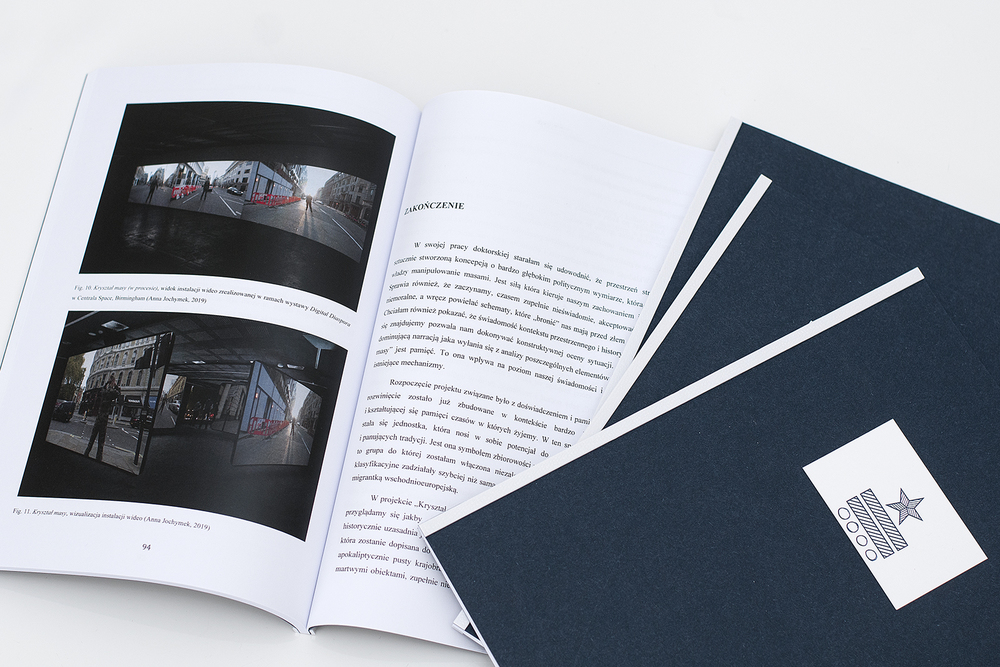 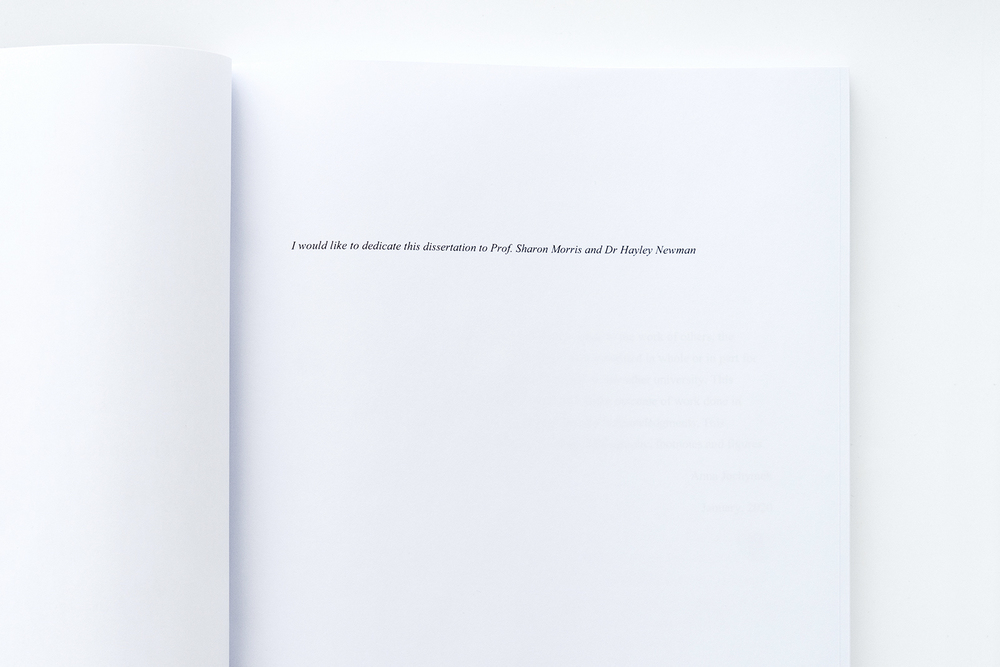 2020
Interdisciplinary PhD Studies, University of Arts in Poznan
in affiliation with the Slade School of Fine Art (University College London)

This thesis is the result of a practice-led, critical inquiry into the concept of the Space of Fear, which I developed and understand as a social construct with profound political meaning, enabling authorities to manipulate the masses. Drawing on Sarah Ahmed’s ‘inside out’ (Ahmed, 2014: 8) model of emotions, I recognise fear as a tool for the reproduction of power. In that context, fear should not be regarded as a psychological state but as a social and cultural practice. I focus on the social aspect of fear as it is imposed upon us. Cultural practice is the source of fear we feel in the social context. I firmly believe that the space of fear determines our attitude toward others.

This concept was developed as a result of artistic research conducted in London during 2017 – 2019 in the aftermath of the Brexit referendum vote. While personally experiencing the dynamic of the socio-cultural transformation, I looked at the mechanisms of social exclusion and contemplated the role of migrants in this reality.

My research methodology incorporates a theoretical enquiry with my practical, video- performative project Crowd Crystal which is an exploration of the space of fear that follows a young female protagonist dressed in the uniform of the Polish Army, inline skating along the first Roman borders of Londinium. Expanding upon Elias Canetti’s ‘crowd crystals’ (Canetti, 1978)concept, the figure of a lonely inline skating soldier becomes the embodiment of the potential we all carry within ourselves to influence change.

The adopted elements of skate culture here are a medium to comment on the vulnerability of the individual in the city. I will explain the significance of the phenomenological understanding of city space following the Yi-Fu Tuan concept of topophilia (Tuan, 1974). I will also refer to the skate culture theoretic such as Francisco Vivoni, Iain Borden, Don Mitchell, Christian Peters who reflects on regulations within public space (Butz and Peters, 2018).

The work inspired by the uncertainty of the current political situation, can also be seen as a way of exploring the fluid position of the ‘Other’ within the society. Drawing on Sara Ahmed’s theory (Ahmed, 2014), I present fear as a tool for the reproduction of power and explain how this emotion is imposed upon us. This will be followed by Ruth Wodak’s theory of the politicisation of fear and social exclusion (Wodak, 2015).

This thesis will thus argue that the changes that took place in our contemporary society are of significance to both the understanding of the meaning of memory, and spatial context, which surrounds us and influences the reduction of fear in contemporary society. 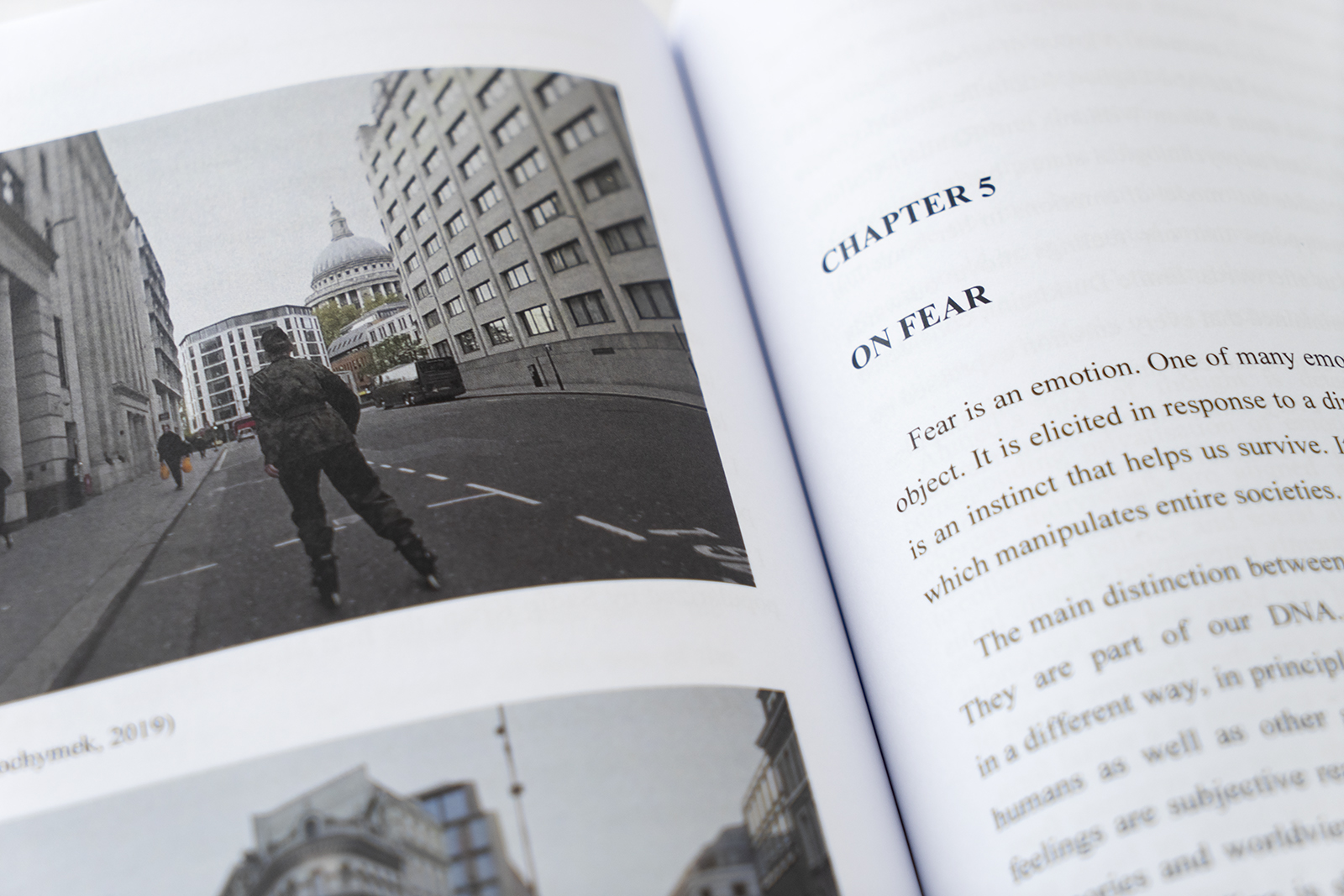