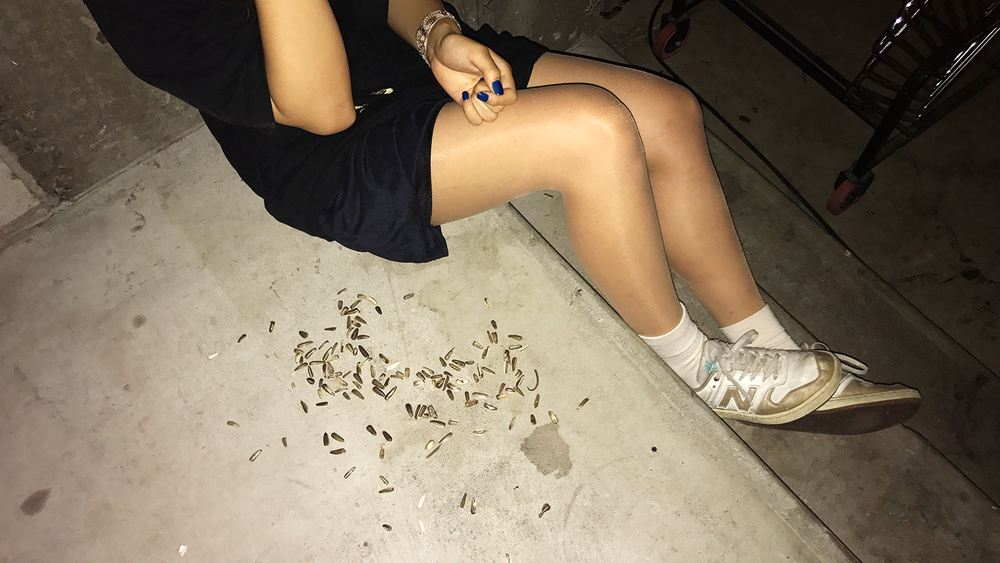 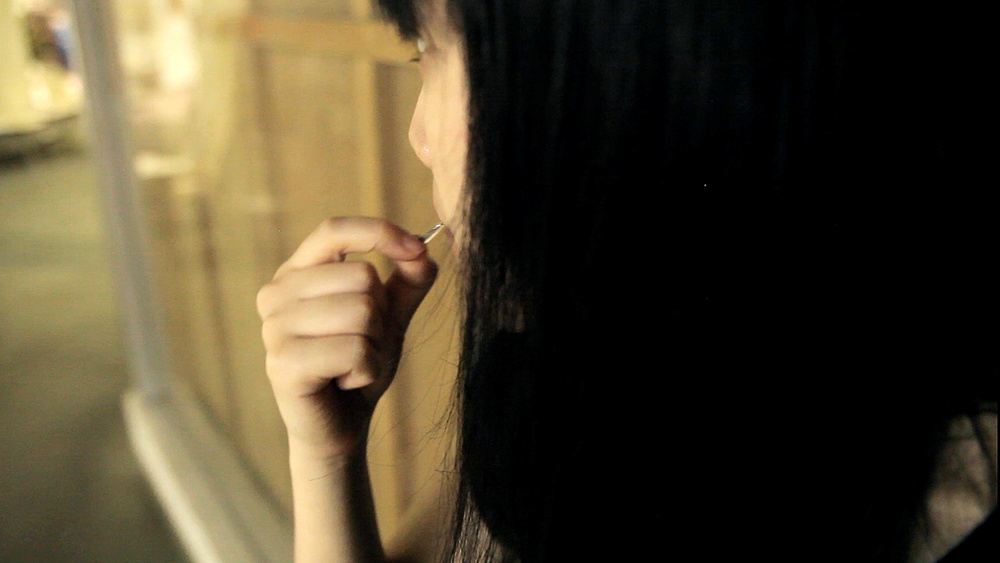 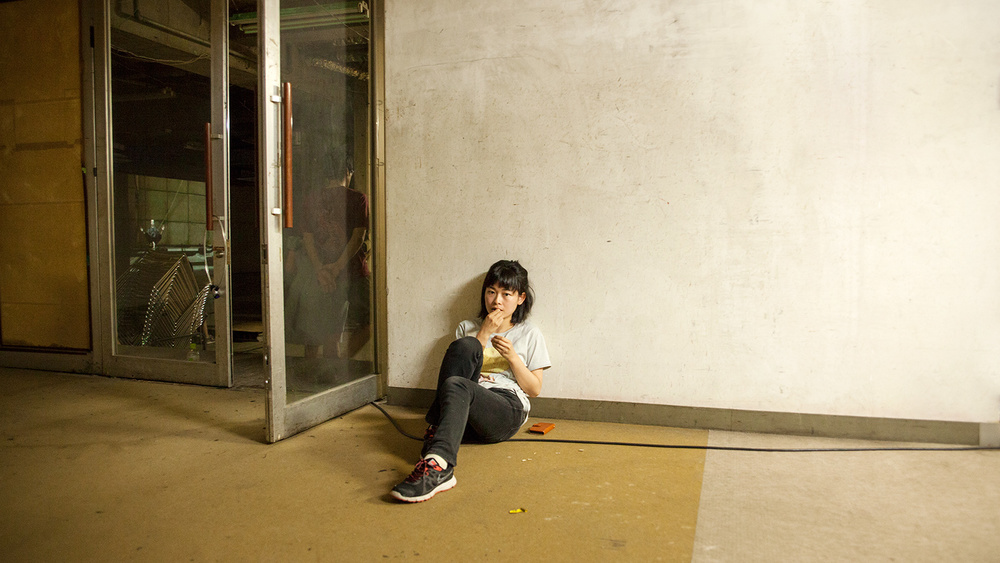 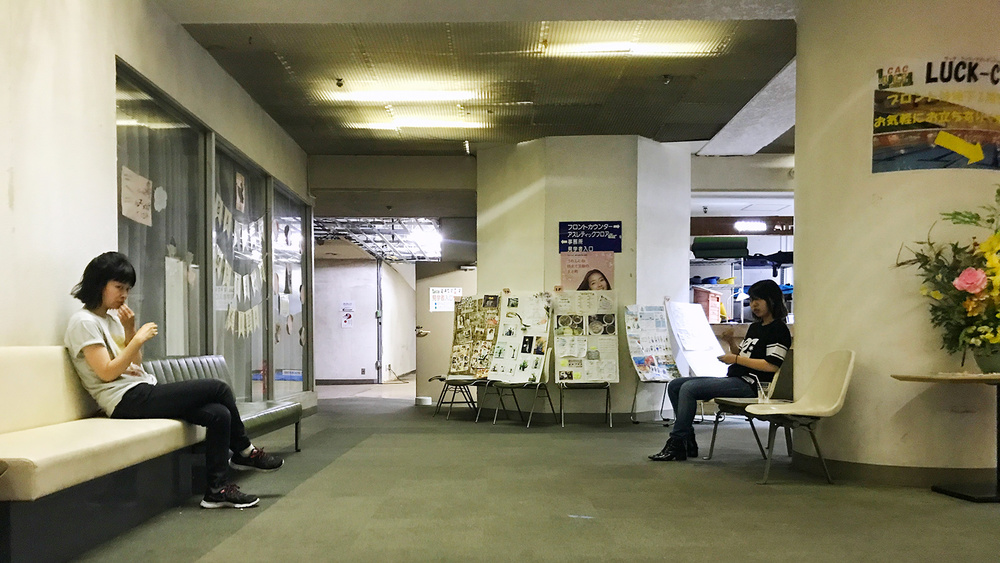 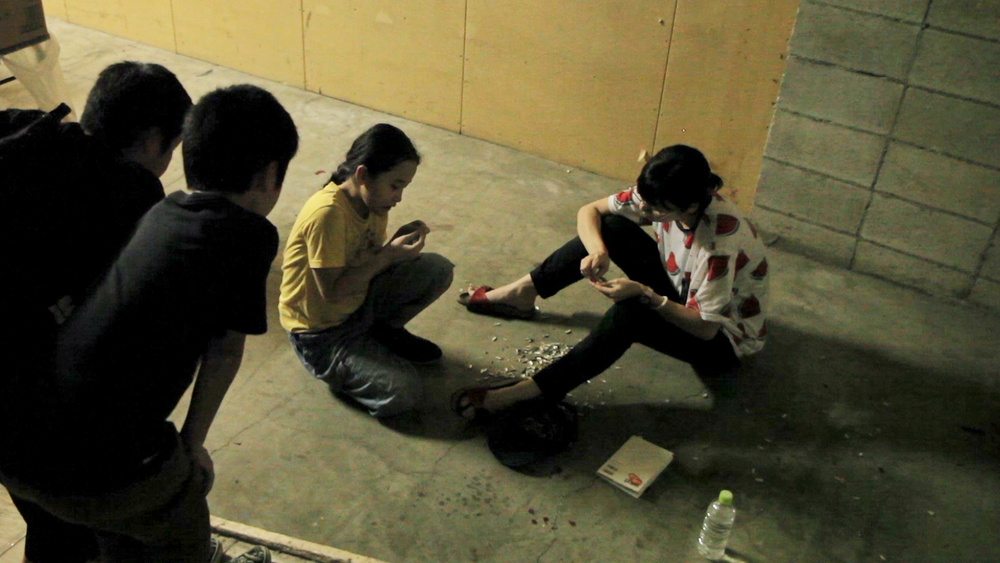 Performance Vitality is a way to examine 'vitality' on a human and domestic scale. It was first developed in a collaborative process with 17 students from Tama Art University in Tokyo. Creative process included workshop 'Re-vitality. Performative workshop' which affected shape of final performance.

The concept of vitality was borrowed from Metabolists (Japanese modernist group) manifesto: 'We regard human society as a vital process [...]. The reason why we use such a biological word, the metabolism, is that we believe design and technology should be a denotation of human vitality.'

The act of nibbling sunflower seeds was related to the period which was recognised by me as the most vital – late childhood, and was related to my personal experience form the time when being around 12 years old I was spending hours with my friends sitting on a stairs of the staircase in pre-fabricated tower block where I was living. We were nibbling sunflower seeds and chatting for hours, leaving very visible traces of our presence – sunflower husks. That occupation was giving us a sense of illusionary power.